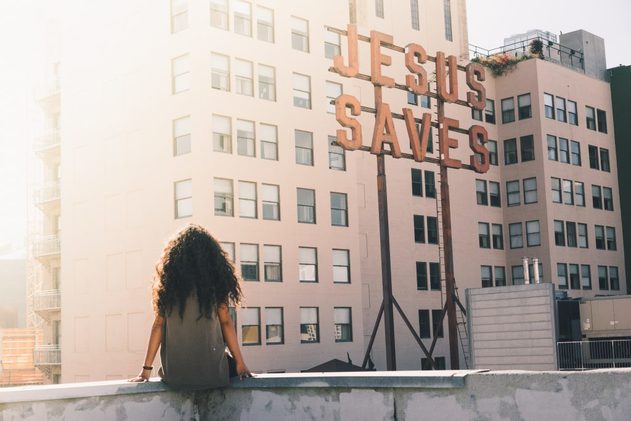 In January 2011, when my wife, Christina, and I went to a church planting assessment in East Tennessee put on by Stadia.  After the assessment, the Stadia leaders started suggesting some areas in which to plant... such as North Carolina, New York, Ohio and Utah. By the look on my face they decided to throw out one more area... Northern California.  Christina and I looked at each other and nodded and said, “How do we pursue Northern California.  What’s our next step?”  They said, “Research the cities between Modesto and Redding in California.  Pray about what to look for in a city, asking the Spirit to lead you.”

We returned home feeling excited to start researching cities.  We prayed about the criteria, what to look for in the city.  After a few conversations with some other planters and a lot of prayer, we chose the following five criteria: a city that 1) had over 100,000 people, 2) was ethnically diverse, 3) was economically diverse, 4) was not known for Christian activity, and 5) a city that was very liberal in all aspects of life. Little did we know that our research would turn into two hours each night for 30 days straight.  During that process I called my brother who lived in Concord, California, and asked him if he would help me start a congregation if it were located in his city.  His response was “Of course!  I would do anything for you.  You are my brother and I love you!”  At this point in his life my brother isn’t a regular church-goer.

After all of our research, I put together an email listing the top five cities in order of my preference before we set off to visit the cities.  Number 1 was the city I felt was the one we should move to and five was my last choice.  I sent the email to myself and thought, “This will come in handy later.”

At the end of February, the search began.  After visiting 10 cities, my heart was set on Concord, mostly because my brother lived there.  We loved the city, it seemed perfect in every way.  At the end of April, we had one last trip to visit three cities - San Jose, Sunnyvale and Santa Rosa.  Our first stop was Santa Rosa.  We arrived at 7 AM and drove the city twice.  We stopped for gas and looked at each other feeling overwhelmed.  It took us two and a half hours to drive the city,  but we agreed we needed to spend even more time driving and praying. At the end of 10 hours in Santa Rosa, I told my wife, “We don’t need to visit any more cities... it’s between Santa Rosa and Concord.  Let’s drive to Concord right now to compare.”

On the way down Highway 101, I was so torn I suggested to Christina that we allow God to pick our city.  We casted lots.  We tore a piece of paper in half, wrote Concord on one piece and Santa Rosa on the other, crumpled them, and threw them in a hat.  My wife shook them and I grabbed out one.  I handed it to her and said, “Where are we planting a church?”  She showed me the paper and said, “It says Santa Rosa.”  I looked at it with shock, looked up and said, “How about two out of three, God?”  Christina threw the paperback into the hat, shook it, and I drew out a paper again.  She opened it and said, ”It still says Santa Rosa.”  I sighed and said, “Two out of three for both of us.”  Christina drew two more times... both times said Santa Rosa.  God was clear, but my heart was still torn. I wanted to be near my brother.

We arrived in Concord and prayed over the city.  We decided to stop at a Starbucks.  We continued to pray.  It was during this time that I felt the Holy Spirit tell me to check the email I had sent myself over two months ago.  I pulled out my laptop... I checked my email.  The fifth city listed if the first four didn’t work out was Rancho Cordoba, fourth was Antioch, third was Lincoln, second was Concord... and the first was Santa Rosa.  Wow!  God was still being clear in where He wanted us to go.  But I was still torn.  Then I felt the Holy Spirit say to me, “Are you planting this church for your brother or for me?”  I knew right then we had to go to Santa Rosa.  Through my tear-filled eyes, I looked at my wife and said, “We have to go to Santa Rosa, so God knows we are planting this congregation for Him.”